In the framework of the African Music Development Programme, the International Music Council in partnership with the MTN Bushfire (held from 27th to 29th of May) festival in Swaziland, offered two capacity building opportunities to young African professionals.

Pursuing its mission to build up a sustainable music sector in Africa, the African Music Development Programme has this year strengthened his role as one of the most important players for the promotion of professional exchanges between educational organizations and music festivals in Africa.

The MTN Bushfire festival was founded ten years ago in the spirit of cultural exploration and is now well known for its diverse and exciting musical line-up. The festival has also always been acknowledged as a holistic experience that includes arts, food, culture and family-centered activities.

Two young professionals had the opportunity to develop and expand specific skills in the field of communication and sound engineering by taking part in the AMDP internship.

James Manyaka is a young sound engineer from Zanzibar who had already worked for the Sauti Za Busara festival, while Philip Masembe comes from the communication team of the Doa Doa festival in Uganda where he has been working for the past two years. Both of them were eager and willing to learn and expand their knowledge by getting in touch with new cultures and discovering new professional environments. 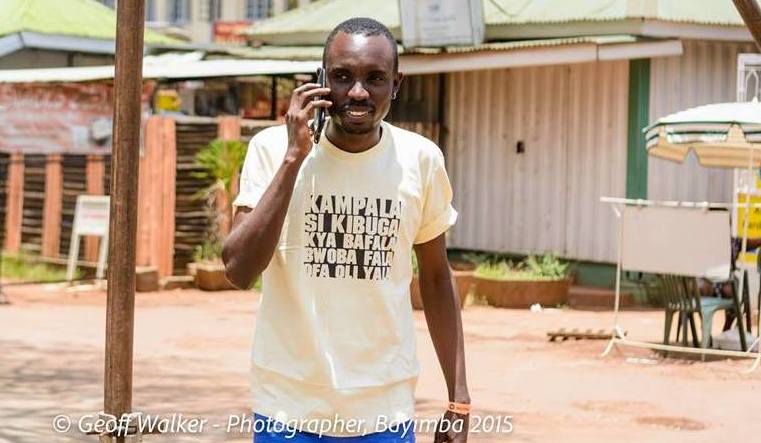 Philip worked with the Bushfire team for two months while James collaborated with the sound team for three weeks. Philips talks about his experience with us: «I’m in love with the fact that AMDP has come out to facilitate skills exchanges between artists and festival professionals in order to achieve a common goal of artistic platform development especially for African festivals […] If AMDP stands for objectives such as to increase professional capacity throughout the sector, then there’s hope for African festival sustainability»

Right after taking part to this training Philip got a new job at the Bayimba International festival of the Arts: «I take up a new role as marketing person. […] As an arts communicator, interning with Bushfire exposes me to a variety of aspects that need to be communicated about festivals other than just the music, and the artists performing. I realize much more relevant information that makes up festival programming».

Philip’s experience reveals that AMDP is not just developing internship programs but also plays a proactive role in the development of cultural exchange between African Countries.
Thanks to taking part to AMDP project Philip had also the chance to get in touch with Swaziland’s local communities.

As Philip told us: «Outside my communication zone, the other part I found fascinating was the urge to sustain festivals through involving private sector other than remain dependent on donor funds. Bushfire redefines a whole new ideology of making money off ticket sales, other ventures and local sponsor involvement and this is that part I would urge all African festival practitioners to focus, especially now that we are losing too many festivals after donors decide to cut funds, majorly in East Africa»

The AMDP Programme confirms that its overall objective remains focused on increasing professional capacity throughout the music sector in order to promote the role of such sector as a driver and enabler of sustainable development.